The Top Language Fluency & Proficiency Tests Around the World 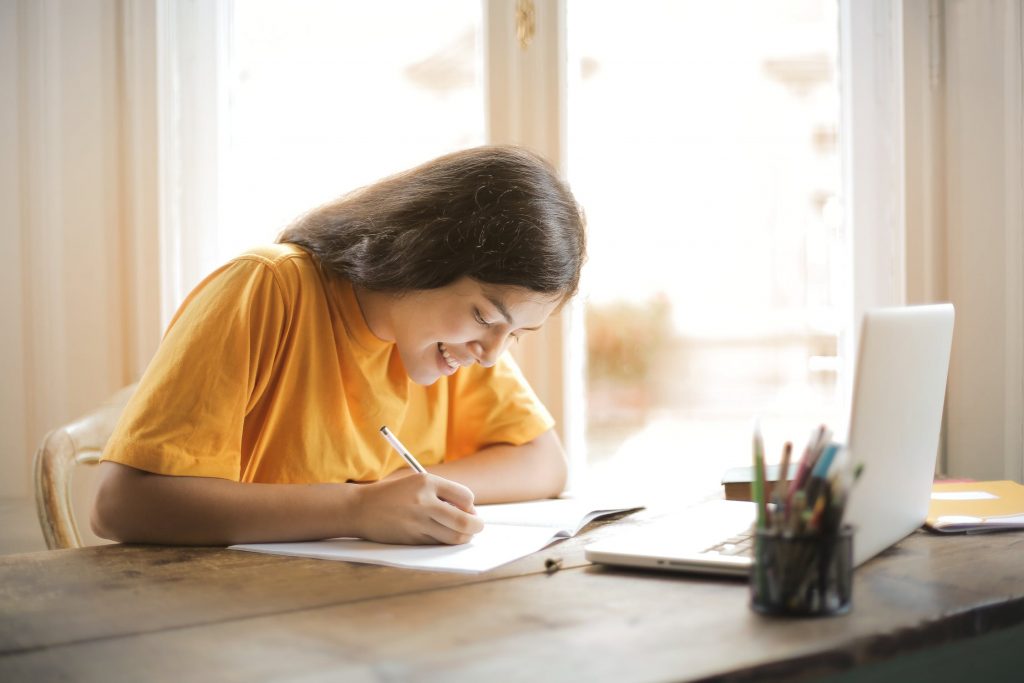 Some of the students who come to learn a language with us at LWA are seeking to pass a qualification. This may be to gain work opportunities, enter a university course, or be allowed to teach professionally in a school.  And even though our methods strictly follow conversational techniques, our teachers are also able to help achieve this goal.

Below you’ll find a list of the most popular language exams in the top 10 most spoken languages in the world. These exams follow the Common European Framework of Reference for Languages (CEFR), an internationally recognized standard for defining language skills.

The CEFR is comprised of three groups.

It is very common to hear the CEFR referenced when talking about language levels, so it’s good to have an understanding of what those levels mean. Here are the most popular language exams in the top 10 most spoken languages. 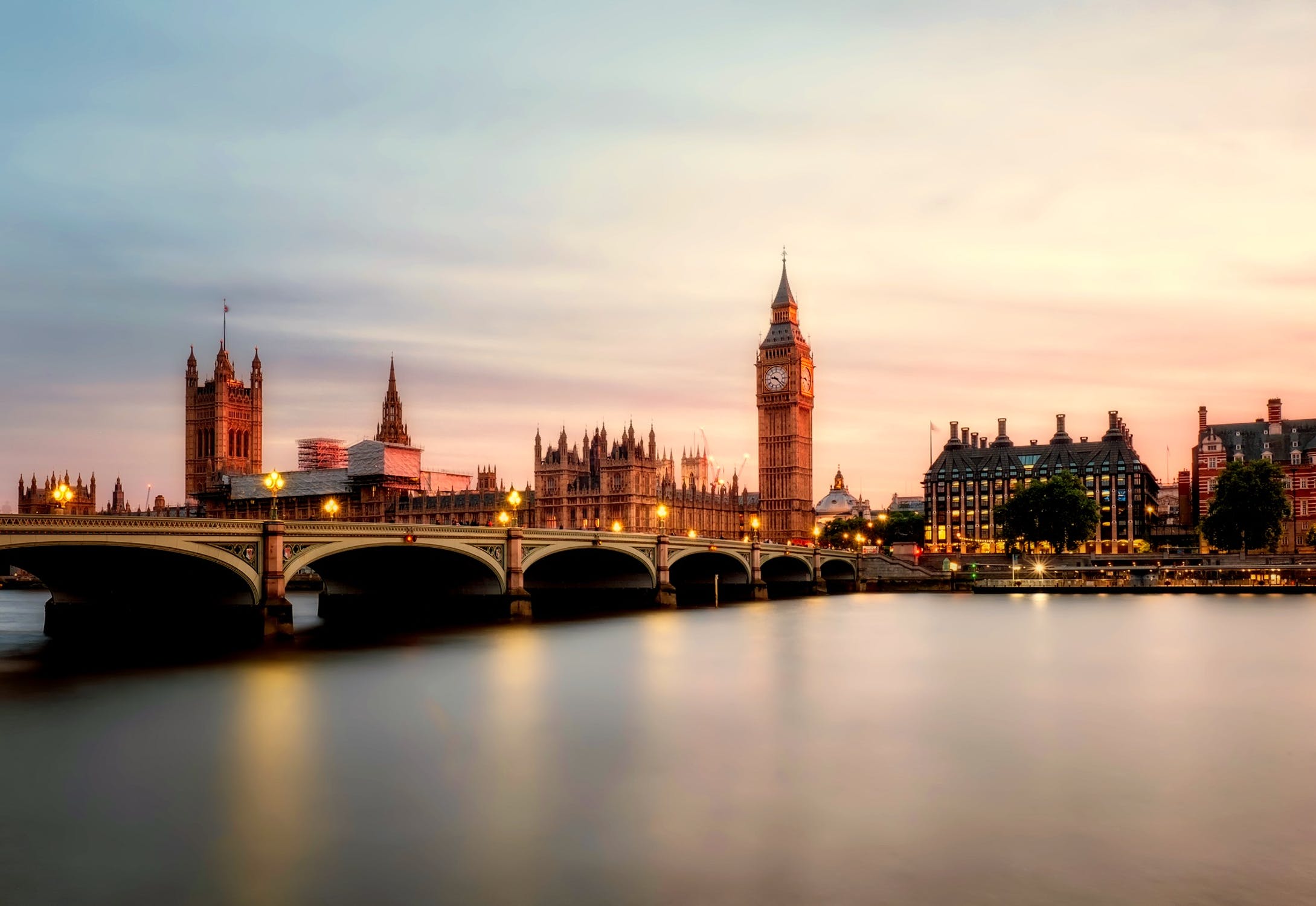 English learners can choose between three popular options depending on their needs.

Test of English as a Foreign Language (TOEFL)

TOEFL has an academic feel and requires test-takers to be comfortable using a computer and speaking into a microphone to complete the speaking portion of the exam. There is no pass or fail scores — candidates are scored on a sliding scale from 0-120 points. If you’ve had more experience with American English and need an English certificate for the United States, TOEFL is probably the best option for you. This qualification is valid for two years.

This test lasts 2 hours and 45 minutes and it is the shortest of the English exams. Test takers are graded on a point system from 4 to 9.9. This exam has more of a real-world feel, and candidates complete the speaking portion with an actual examiner. If you’ve studied British English and plan to live in the United Kingdom, you may prefer to take IELTS which is valid for two years.

Cambridge offers a more comprehensive certification than IELTS and TOEFL, which is reflected in its longer test times. Unlike TOEFL and IELTS, it’s possible to fail a Cambridge exam, in which case you will not receive a certification. If you need an English language certificate for your resume but not for visa/work/university purposes, Cambridge is probably your best choice. Cambridge exams never expire and are accepted around the world.

Start preparing for your exam with one of our English teachers 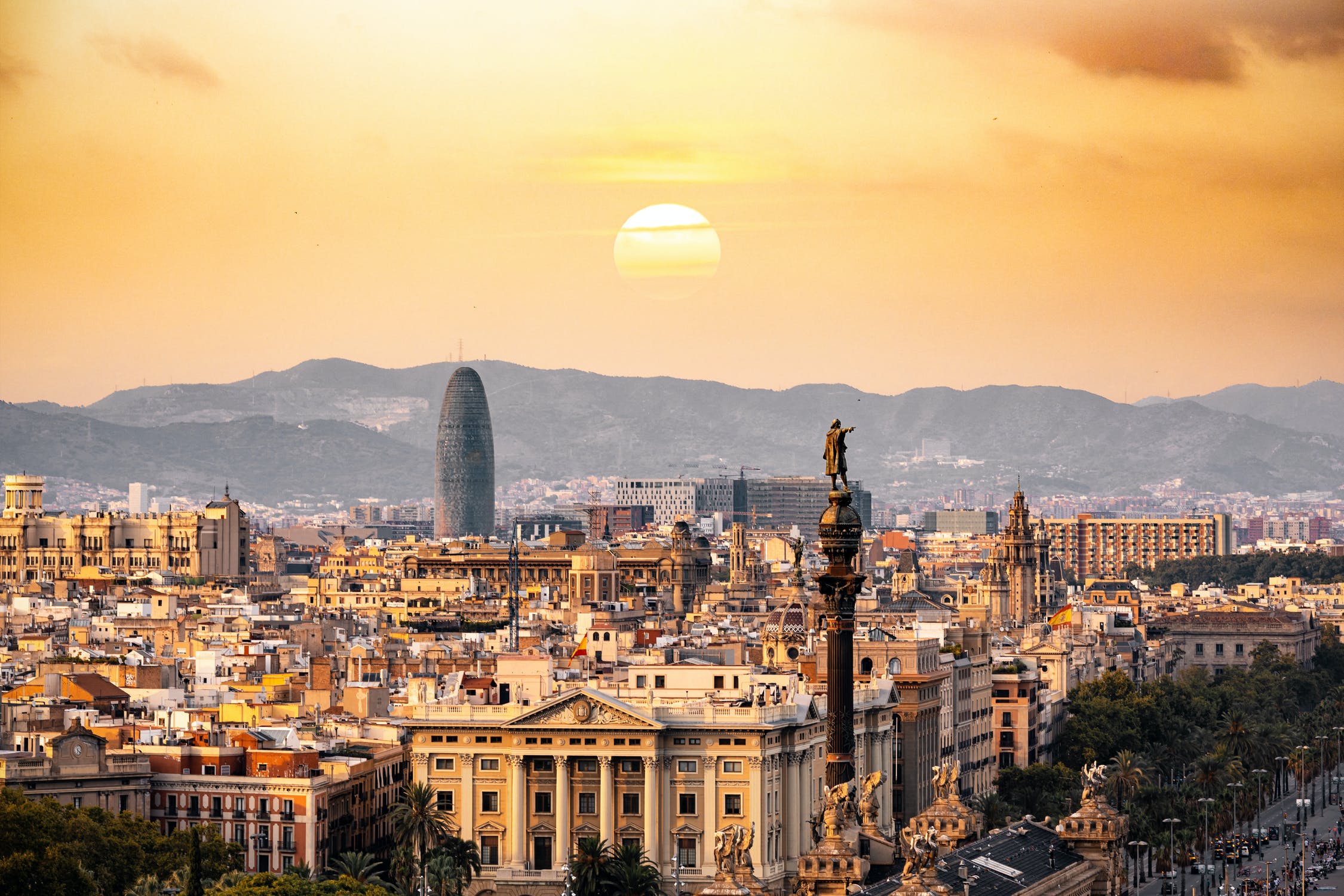 Spanish learners can sit the DELE exam, or Diplomas de Español como Lengua Extranjera, offered by the Cervantes Institute. This is the most prestigious and widely accepted Spanish certification. Countries and organizations around the world recognize this exam, and one of its many benefits is that it never expires. This exam is also the only Spanish exam accepted by the Spanish government for those seeking Spanish nationality.

Exams are offered several times per year all around the world. Once you’ve taken the exam, you’ll wait up to three months to receive your diploma, however results are generally available online a month or two after you take the exam.

Some people take less time to prepare this exam, however, I would recommend planning ahead of time so you can study for about four to five months. It is worth considering to hire a private tutor to help you with the spoken and written part of the exam. It is such a rewarding experience!

Start preparing for your exam with one of our Spanish teachers 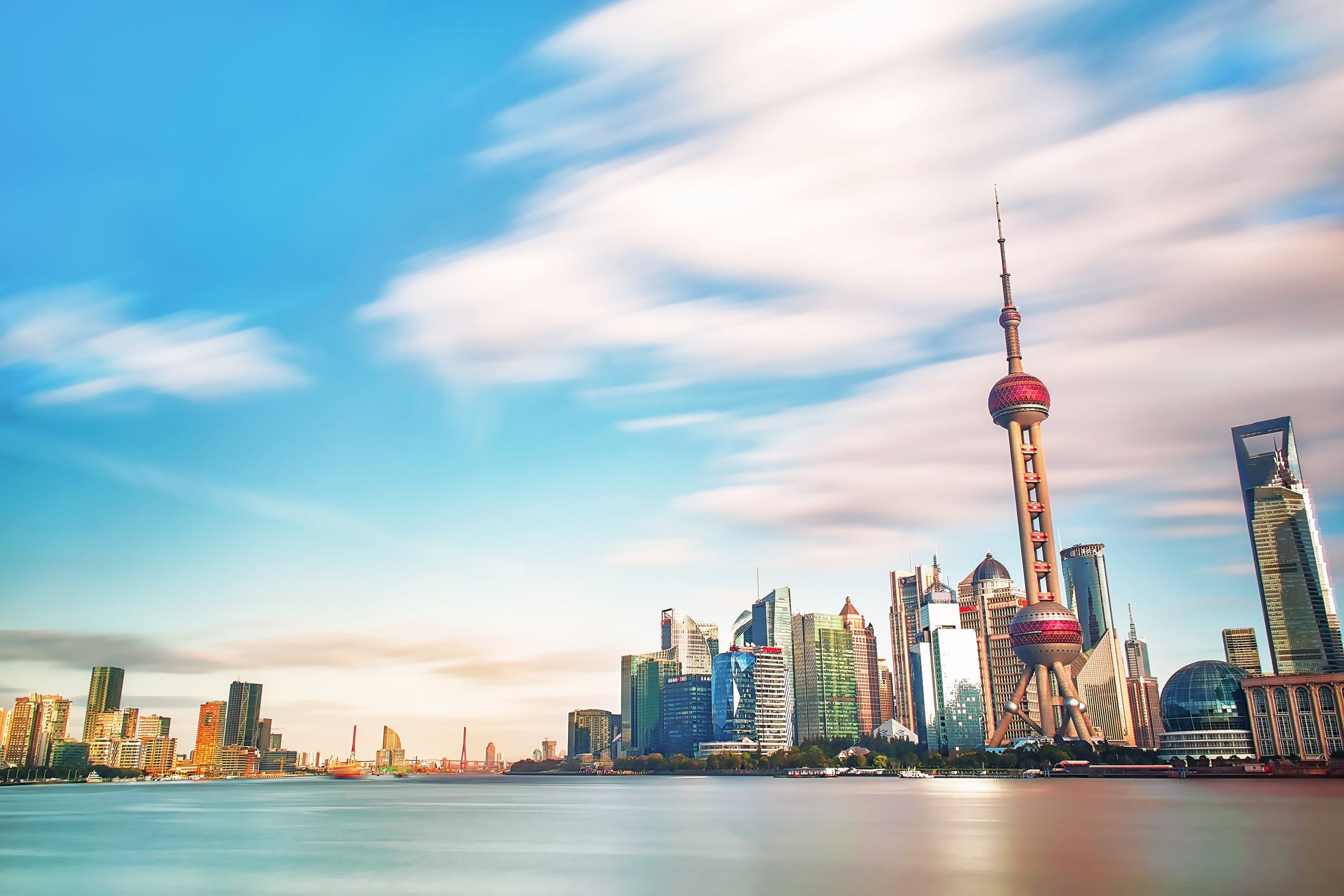 There are two proficiency tests for those who are learning Chinese.

HSK is China’s only official Mandarin Chinese proficiency exam for non-native speakers. Test takers can sit exams from HSK-Level 1 to HSK-Level 6, which technically are equivalent to the CEFR levels, although there is a lot of debate on this. HSK is taken on paper and on the Internet and it also includes an oral exam.

This exam is not administered in Taiwan, Kinmen, or any other territory controlled by China.

Test of Chinese as a Foreign Language (TOCFL)

TOCFL is Taiwan’s Chinese examination. It is similar in length and structure to HSK, though TOCFL is only offered in certain countries. It cannot be taken in mainland China, Hong Kong, or Macao.

Start preparing for your exam with one of our Chinese teachers 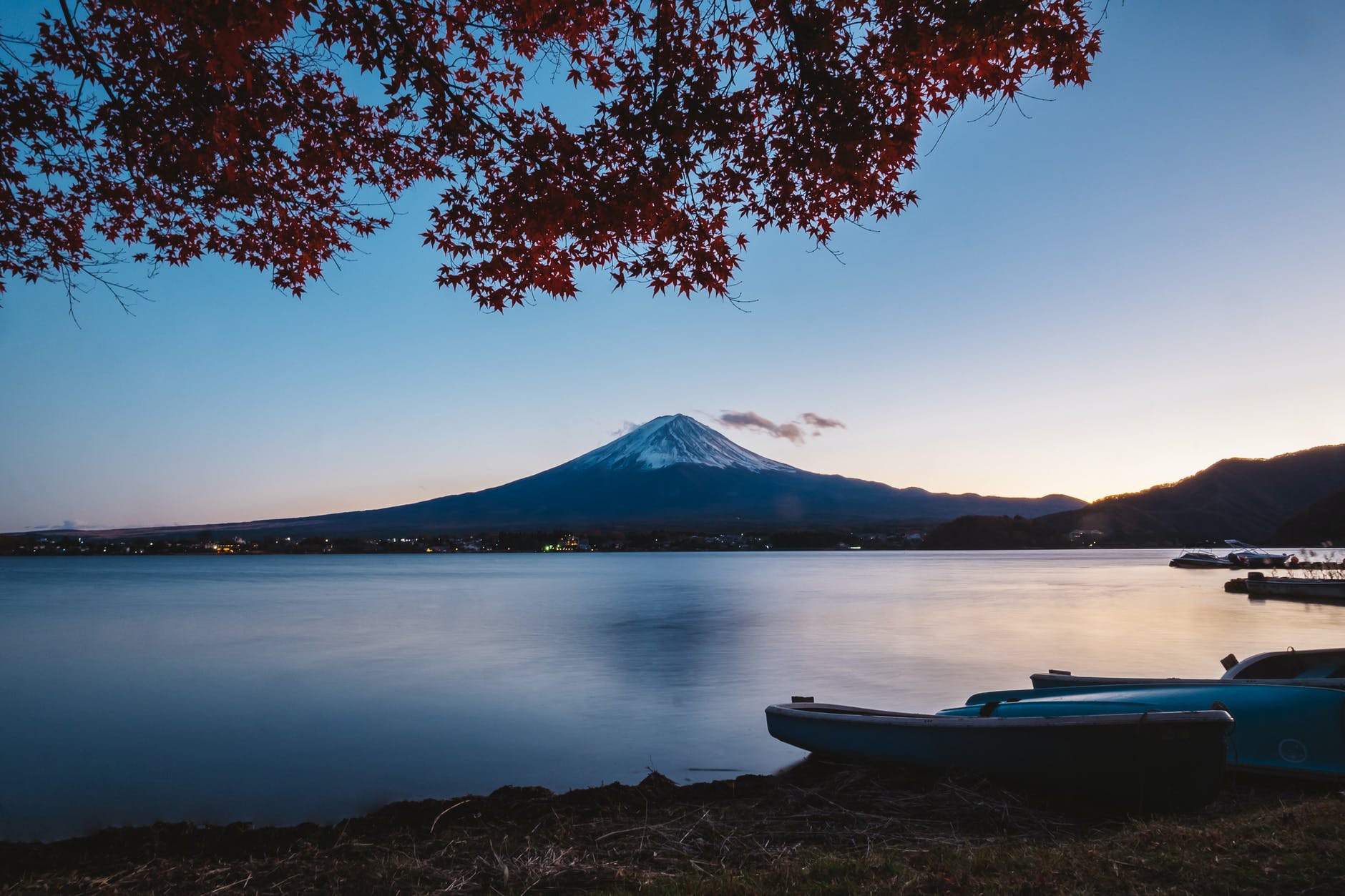 The Japanese government oversees the Japanese Language Proficiency Test (JLPT). It is offered in 62 countries and it is the most widely recognized Japanese language test. Test takers are evaluated on a scale of N1 to N5, with N1 being the easiest level and N5 the most difficult. The JLPT never expires.

Having a JLPT certificate is advantageous for those living in Japan. It can give you academic or graduation credit and is highly regarded by Japanese companies and in Japanese society. The JLPT can also help get you preferential immigration treatment if you’re looking to move to Japan for work or by choice. 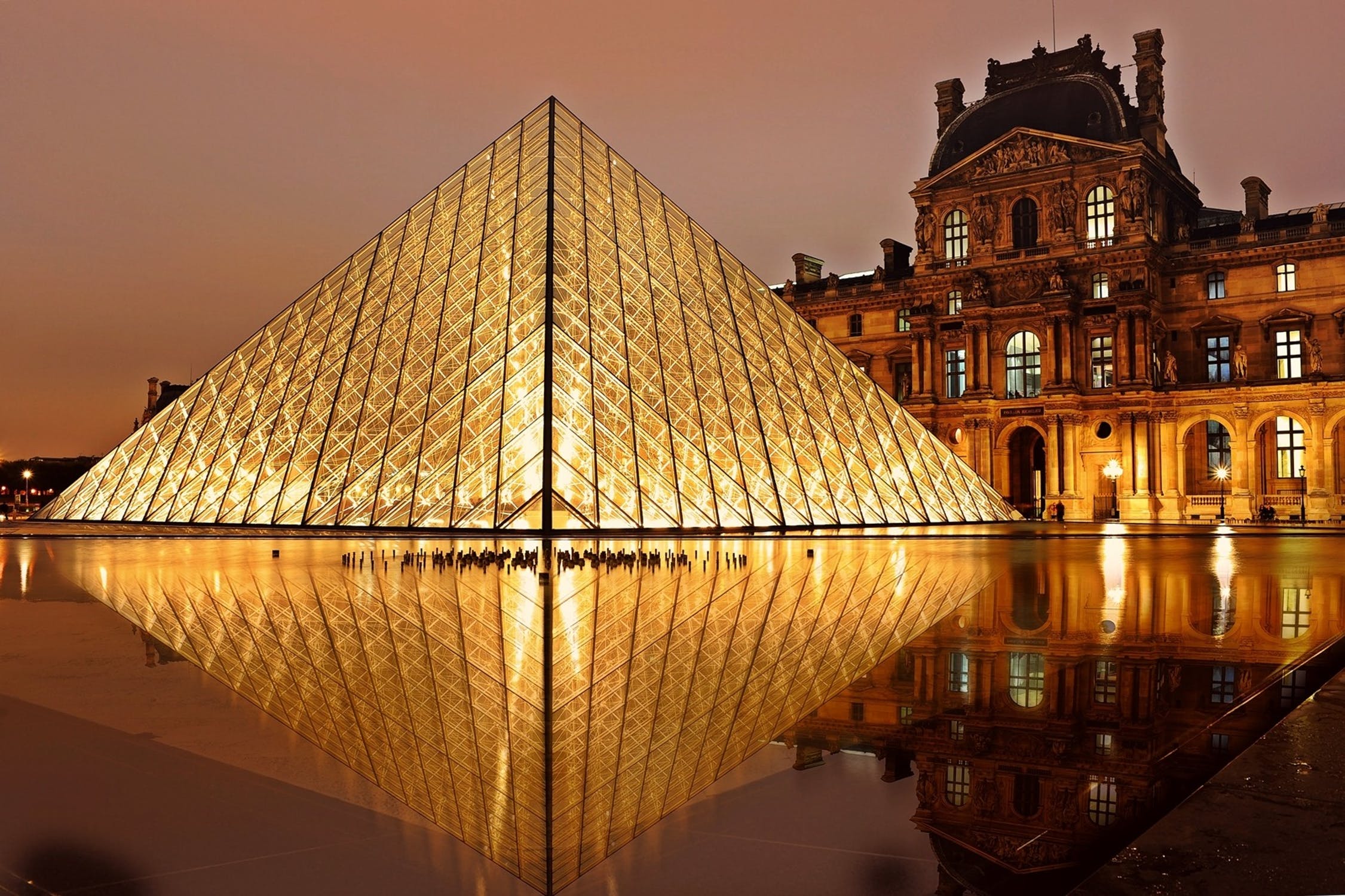 These exams are valid for life and are recognized around the world. There are also a variety of formats for different kinds of test-takers, such as children and adolescents, as well as an exam specifically for adults looking to integrate in a French-speaking country.

Start preparing for your exam with one of our Japanese teachers 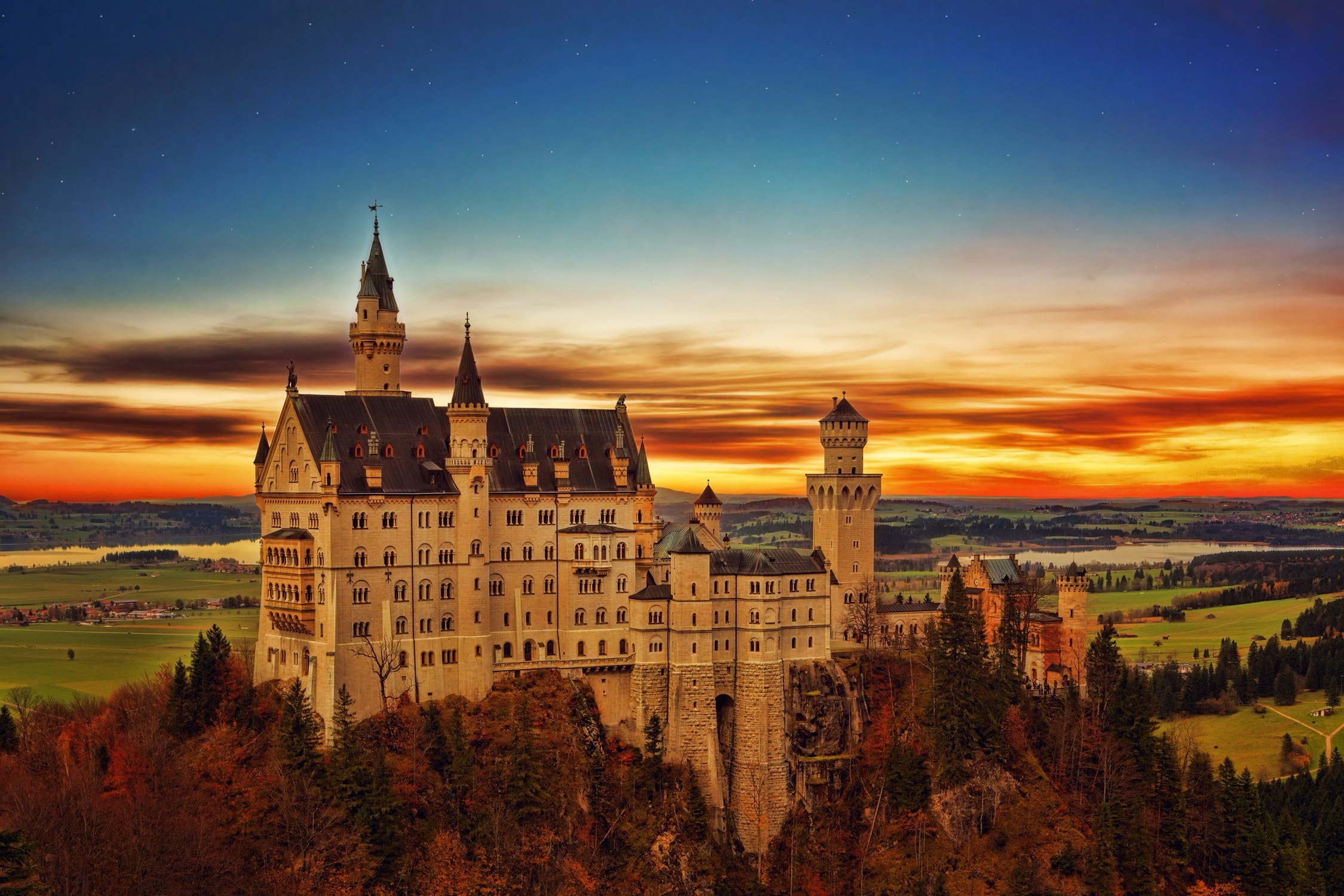 The Zertifikat is the most widely taken and requested German certification exam. The Zertifikat can be taken in test centers around the world, and it is valid for life.

The European language certificates, or telc, are standardized language tests available in 10 languages. This exam is available in German and is a requirement for obtaining German citizenship.

TestDaF is for those who want to access higher education in Germany. There are three levels, which correspond to CEFR levels B2-C1. All applicants receive the same exam and are graded according to their ability to answer the questions.

Start preparing for your exams with one of our German teachers 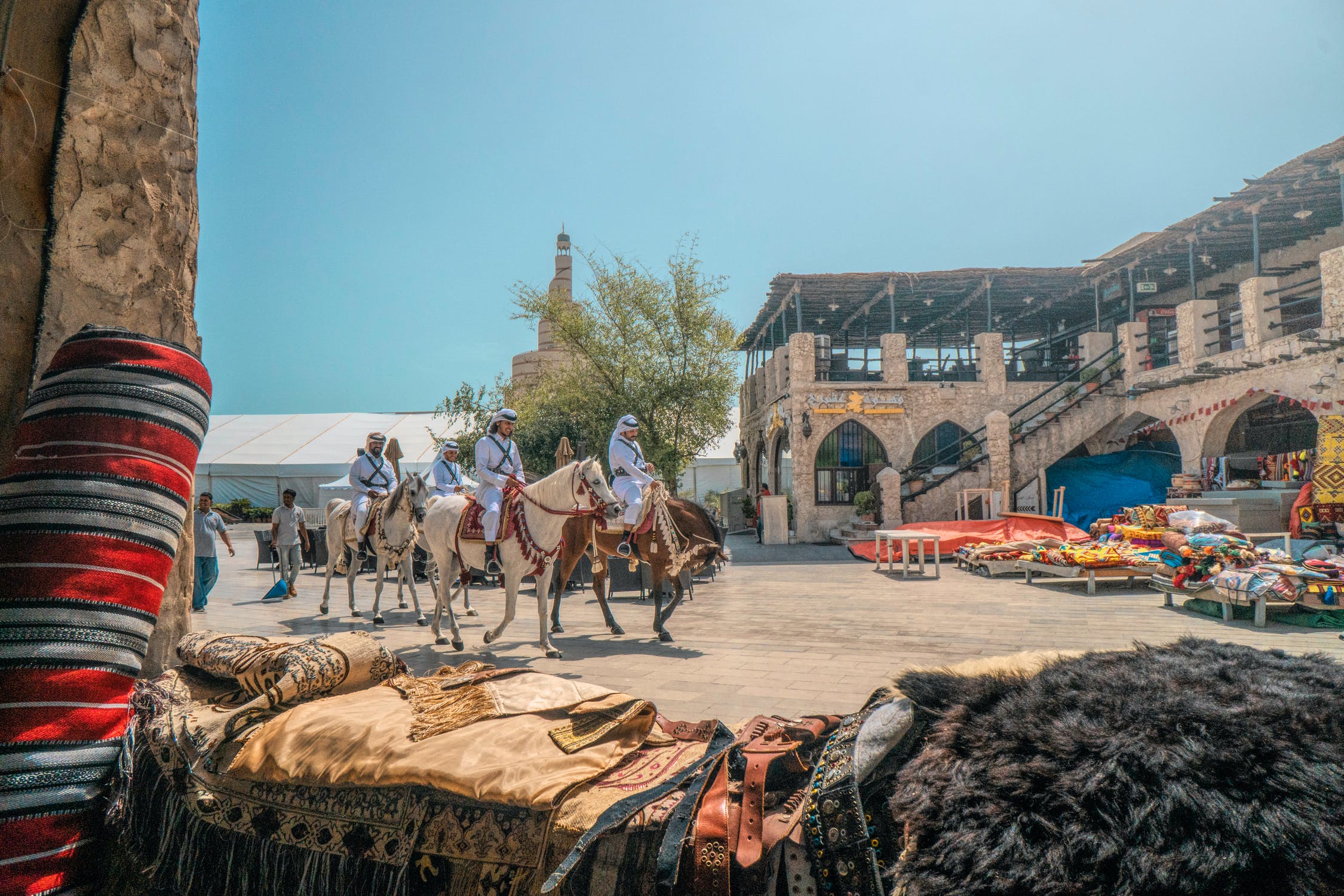 For those looking to demonstrate their abilities in Arabic, the Arabic Language Proficiency Test (ALPT) is the best choice. The ALPT is endorsed by the Islamic Chamber of Commerce and Industry, which has 56 member countries, including all 22 Arab countries and 34 Asian and African countries.

The ALPT is computer-based, requiring test-takers to have both a computer and an active internet connection. There is also a portion that is completed with an examiner. The exam varies in length depending on how many questions it needs to accurately assess a student’s level. 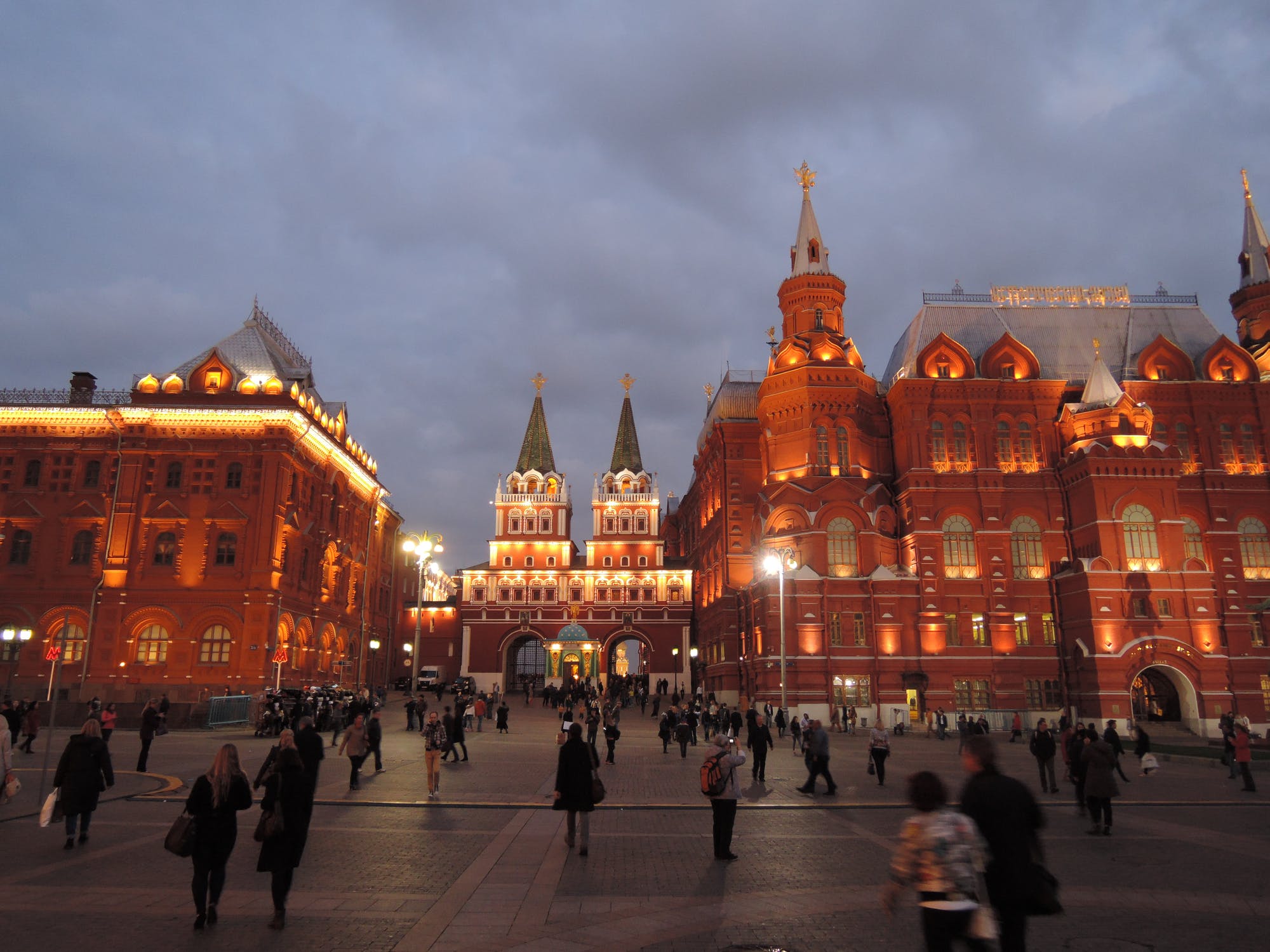 The Test of Russian as a Foreign Language, or TORFL, is overseen by the Russian Ministry of Education and Science. While not commonly requested by employers, this test is generally required for anyone wanting to access higher education in Russia. This exam may be taken both in Russia and abroad.

The TORFL evaluates candidates across five competencies: writing, vocabulary/grammar, listening, speaking, and reading. Test takers sit the exam over the course of two days and receive their results within ten days. 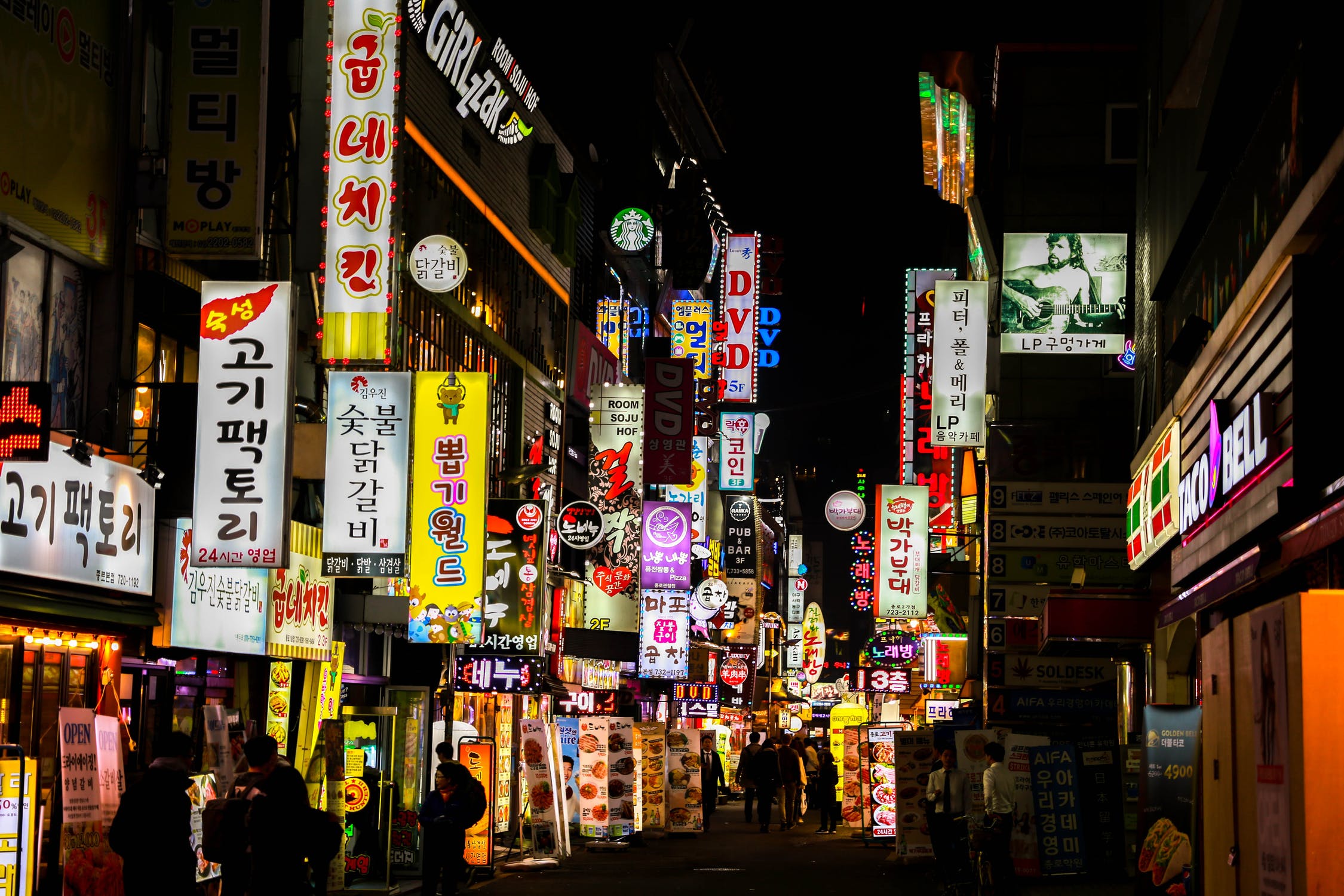 TOPIK stands for Test of Proficiency in Korean, and students can sit this exam both in Korea and abroad. TOPIK does not follow the CEFR, instead classifying students as belonging to one of two levels — TOPIK-I and TOPIK-II, which are subclassified into Levels 1 and 2 (TOPIK-I, beginner level) and Levels 3, 4, 5, and 6 (TOPIK-II, intermediate/advanced level).

TOPIK is valid for two years and can be used in Korea for many purposes. Many Korean companies and universities require this exam, and it can also be used when applying for a marriage visa or for obtaining residency. 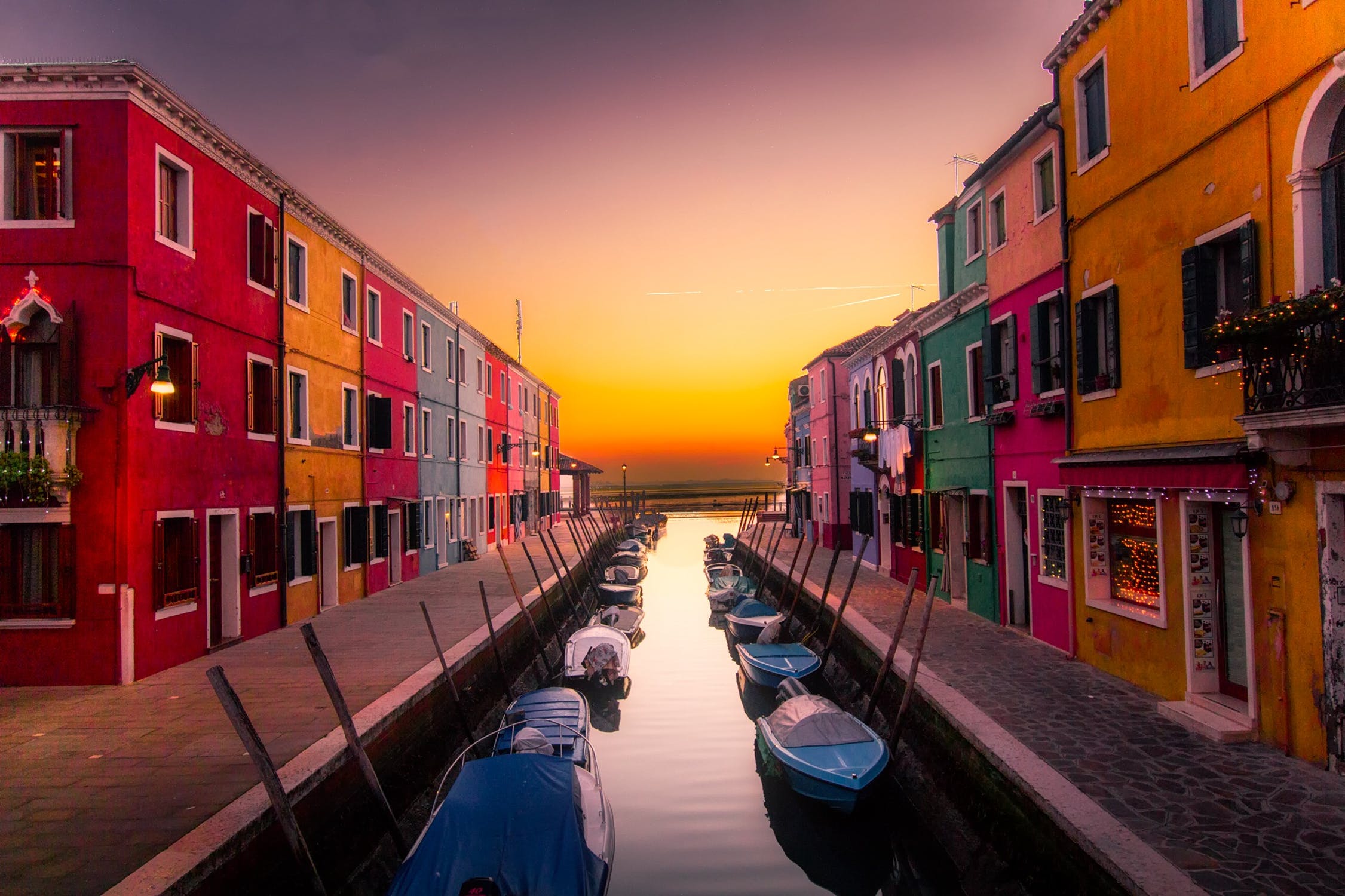 If you’ve decided to learn Italian, there are two proficiency tests to choose from.

Certification of Italian as a Foreign Language (CILS)

The Certification of Italian as a Foreign Language, or CILS, is offered by the University of Siena. There are three different test formats: one for adults, one for immigrants, and one for young adults. While there are many certifications available in Italian, CILS is one of the most widely used and accepted.

The main difference between CILS and the Certificate of Knowledge of Italian Language (CELI) is that CELI was designed specifically for foreigners wanting to certify their fluency in Italian.

The qualification levels range from CELI Impatto to CELI 5. Any candidate who feels prepared enough may register for the exam (registration usually closes about two months prior to the exam). CELI is offered multiple times per year around the world.

Start preparing for your exams with one of our Italian teachers