As I come from Valencia, I have a lot to tell you about this well-known dish, since it originally came from here.

Plenty of people are under the impression that the paella dish is actually made with seafood, which is a bit of a misconception. And why is this? Well, I never figured that one out completely, but it is a fair assumption, as plenty of restaurants in Spain serve seafood paella. However, this is just one of the many variations from the original dish.

But first, let’s go back in time a little and let me tell you about how Paella came to be. Paella is one of the best-known dishes from Spanish cuisine and its main ingredient is rice. The name of the dish itself refers to the pan it’s made on, which means ‘frying pan’ in Valenciano (Valencia’s regional language).

This dish has ancient roots, but as it is today, it is traced back to the mid-19th century, being made in rural areas around the Albufera lagoon next to the city of Valencia, on the east coast of Spain. ‘Paella Valenciana’ is the traditional paella of the Valencia region and it is believed to be the original recipe. The dish contains round grain rice, bajoqueta, and tavella (varieties of green beans), rabbit, chicken, garrofó (a variety of lima or butter bean), and optionally snails. Olive oil is used as a base, and saffron and whole rosemary branches are used for seasoning. 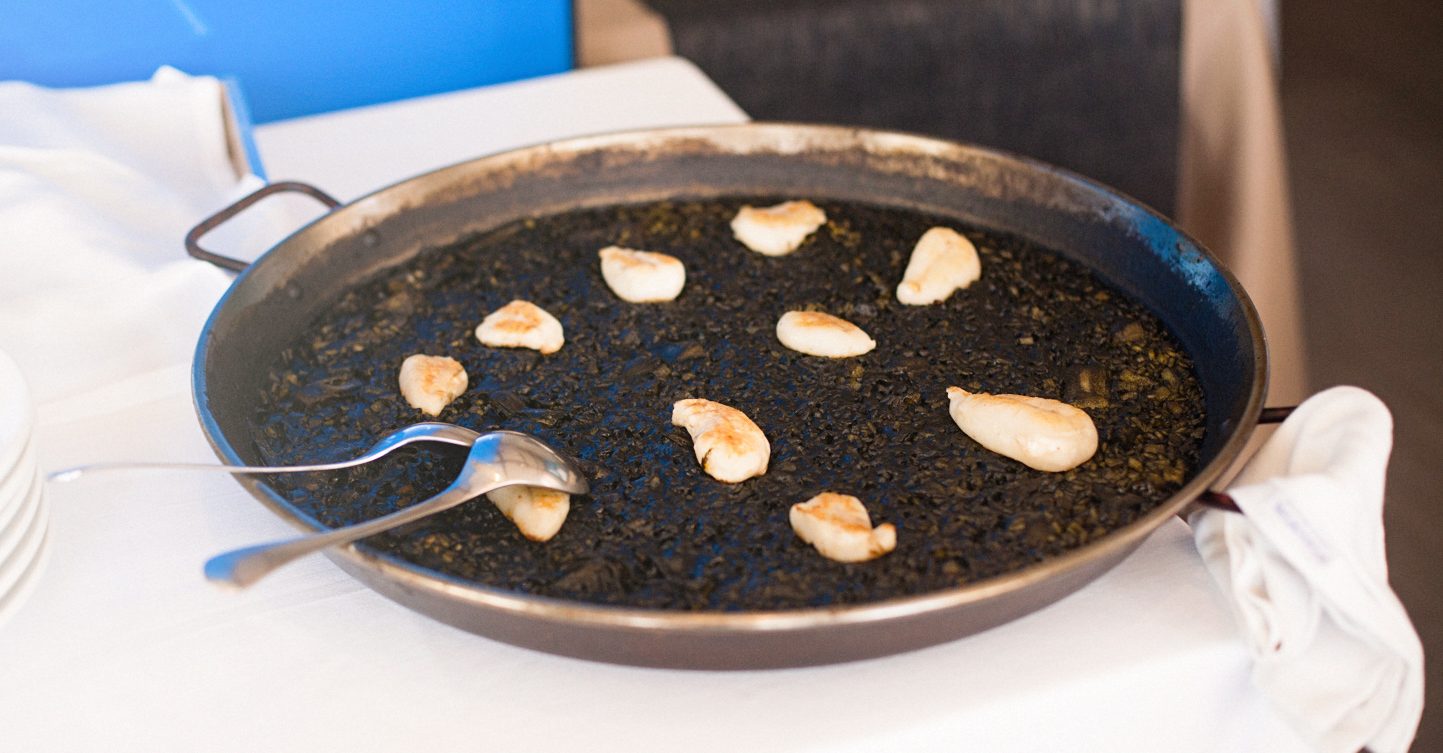 In the beginning, the paella made in Valencia was a lunchtime meal for farmers and farm laborers. Workers would gather what was available to them around the rice fields, which often included tomatoes, onions, and snails, but rabbit or duck was a common addition, or chicken, although less often. Over time, there has been a great variation of this original dish which includes, ‘paella de marisco’, made with seafood; ‘paella de verduras’, made with vegetables & ‘arroz negro’, made with squid and squid ink. Some people make it on an open fire, which I personally think it’s best, although there is no reason to not make it at home. My dad makes it at home and uses a round device to distribute the fire from the hobs around the bottom of the round pan.

If you’d like to make paella one of these days, check out the best paella recipe we’ve recently posted!