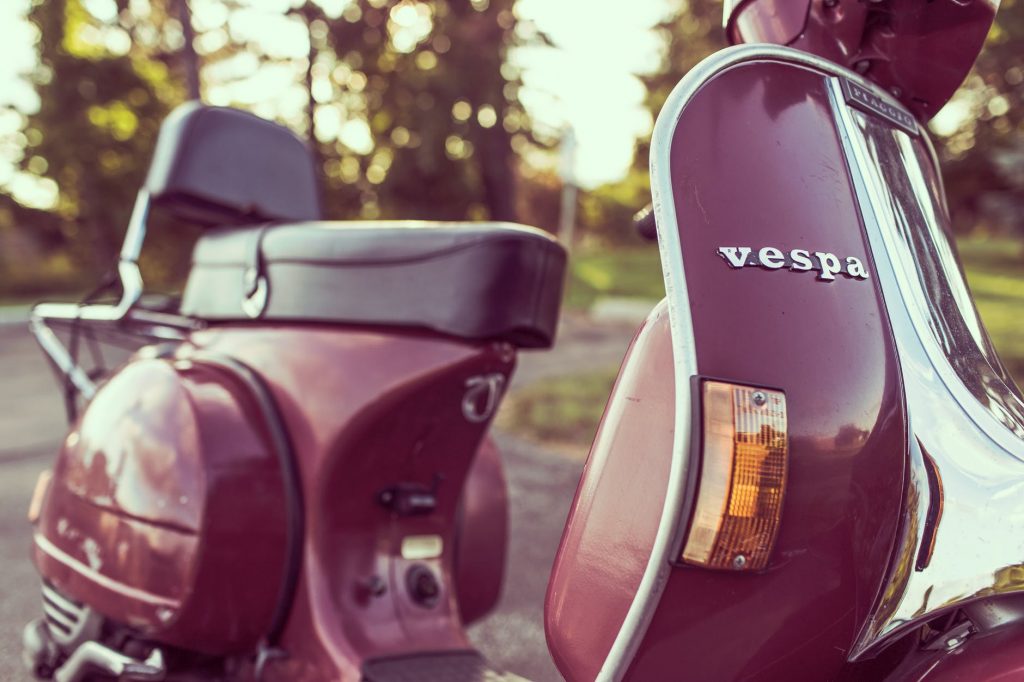 Like yellow taxis in New York or red double-decker buses in London, Vespa is a synonym of Italy!

Invented in 1946, this sexy scooter became an icon thanks to a number of appearances on the silver screen. After Gregory Peck and Audrey Hepburn in ‘Roman Holiday’ and Anita Ekberg in ‘La Dolce Vita’ toured Italy’s streets on Vespas, audiences just couldn’t resist doing the same.

Whilst English-speaking people hear “vespa” and immediately think of scooters with a lovely couple on them, Italian people such as myself think of a wasp. Why so would you ask? That’s because the word ‘vespa’ actually means wasp. For us, saying “I dream of owning a vespa” sounds just like “I dream of owning a wasp”.

Don’t get me wrong, Italians are not just crazy people that decide to name their scooters after insects for no apparent reason. The story behind it is actually quite interesting!

Once upon a time in Pisa, there was an Italian manufacturer company called Piaggio. At the time, Mister Piaggio himself asked an engineer called Corradino D’Ascanio to design a new motorbike prototype. Without knowing it, D’Ascanio designed the first scooter ever. 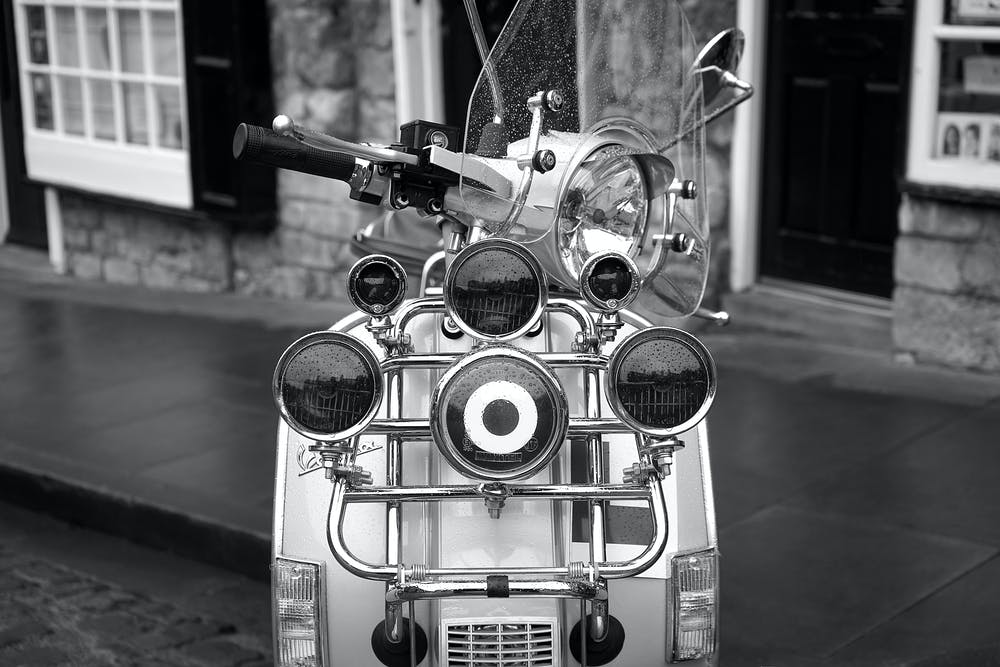 He wanted to design a “bike for everyone”, that is, economic and easy to drive.The frame, with its revolutionary shape, allowed anyone, even women and priests, to sit easily and comfortably regardless of the type of clothing. And without the danger of getting dirty, as another innovation was the fact that the engine was at the back and unexposed!

When D’Ascanio showed the prototype to his boss, it turns out that Piaggio was not very fond of it. “How will this motorbike ever hold two people, whit the ‘waistline’ of a wasp?”, he said. What Piaggio meant by that, was that the motorbike was awkwardly tiny and not the prettiest thing ever. But that was exactly what D’Ascanio wanted, and that is why he decided to name the scooter so, even though Piaggio meant it as a criticism!

Nowadays, over 18 million models have been sold. So, D’Ascanio created exactly what he wanted to. I bet Piaggio felt bad about being so pessimistic, huh?

I’ll tell you more, vespas are such a big deal that there are even companies that organise vespa TRIPS! Check out thevespatrip.com to discover all the amazing destinations and arrangements available. Unfortunately, due to the outbreak, most trips are being postponed. However, I would definitely recommend giving the website a look and start dreaming about your next authentic Italian experience. My best friend did it last summer and she LOVED it!